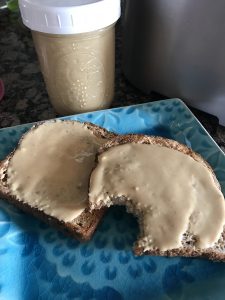 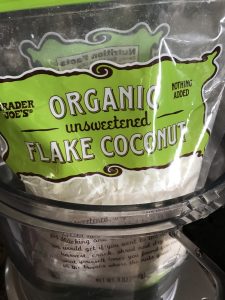 You will need 1 bag of coconut which is 8 ounces. Put it into the food processor and run for a few minutes- It will look like: 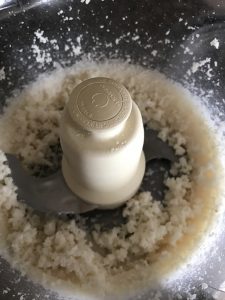 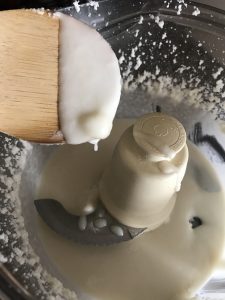 If it isn’t keep running it until it does.

After your coconut butter is done you can add in an 2 cups of peanut butter or almond butter. Turn on the food processor and run until smooth. You can add in a couple of tbsp’s of agave nectar if you like and a pinch of pink sea salt too.. 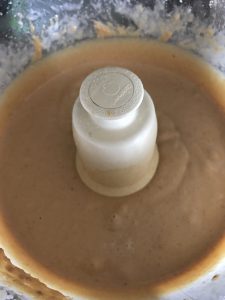 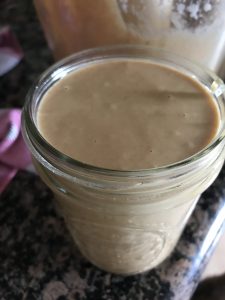 Transfer to a mason jar and store in the fridge. It will get hard due to the oil content of the coconut. If you set it on the counter 30 minutes before using- it will be soft enough to spread on toast.